Is the End of the USA Unthinkable? 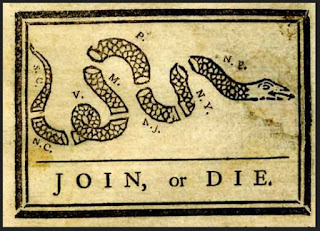 Maybe the second time's the charm...

"That to secure these rights, Governments are instituted among Men, deriving their just powers from the consent of the governed, --That whenever any Form of Government becomes destructive of these ends, it is the Right of the People to alter or to abolish it, and to institute new Government, laying its foundation on such principles and organizing its powers in such form, as to them shall seem most likely to effect their Safety and Happiness." -- United States Declaration of Independence

For the first time in a century and two thirds we face the real prospect of irreparable differences among large geographic areas of the United States of America. Many fear that we are on an irreversible path toward a civil war between the over-populated coastal urban centers and the food and fuel producing interior regions they depend upon.
This civil war would be a struggle for control by the urban elites or autonomy for the interior regions. The electorate appears nearly evenly divided, with no clear majority, although the Regime Party currently looks like it holds all the levers of power...
This time it must not be like what happened in 1860/65 when the Federal Government destroyed dozens of American cities and about a million and a half Americans died in the war and subsequent famine (mostly, BTW, former slaves) during a failed attempt to split the Federation.
Would people support an Institute for Peaceful Secession which would study how peaceful secession and dismantling of the Union could occur?
The Institute could study relatively peaceful examples from history, like the Czechoslovak "Velvet Revolution" and the break-up of the USSR or British Empire.
What would we actually have to do to peacefully replace the United States of America and its authoritarian legislative, judicial, executive/military bureaucracy with true guardians for our liberties?
Maybe that new structure could be called the American States' Common Market or the New American Confederation.
Americans would most likely need a free trade treaty among the States. This could include joint international border controls, but free internal travel and trade for citizens of the States.
That was the original concept of the Confederation that existed before the Constitution and is within the purview of the Declaration of Independence which reserves to the people the "...right, [the] duty, to throw off such Government, and to provide new Guards for their future security."
But the first step toward making a New American Republic a reality would be studying and publicizing how to do it peacefully.
A bit over twenty-five years ago the largest government on earth, that of the USSR, disappeared nearly without warning.
Many areas, like Ukraine, which had been part of the empire since the 1700s, became independent nations again.
Just a few years before that the head of the Red Army bragged that the "correlation of forces" had shifted decisively to the USSR and against the West.  We all know what happened and the suffering of millions as the old regime collapsed without any planning.
While the peoples of the former USSR are now much better off than before, it took a quarter century for them to be able to enjoy the freedoms they had at least partially regained.
We could face similar horrific hardship unless we plan for the devolution of the Third Republic (the First was under the Continental Congress, the Second was under the Articles of Confederation and the Third is under the often violated Constitution of 1787).
There is already a private body known as the Uniform Law Commission which can serve as a model. It developed the Uniform Commercial Code among other model state laws. [3]
Another approach would be for those States, like Texas, that are distressed by the CCP-backed Coup of 6 January, when Congress was panicked into approving the stolen election, to demand the convening of the Convention of the States to revise the Constitution of 1787, as provided in that document. [4]  That body could reform the Federal System and perhaps preserve the Union.
Comments?
----
[1] https://www.msn.com/en-us/news/us/kyle-biedermann-texas-state-rep-who-marched-to-capitol-introduces-bill-to-secede-from-union/ar-BB1dbja5
[2] Texas Declaration of Independence, 1836  https://texashistory.unt.edu/ark:/67531/metapth5872/m1/1071
[3] "The Uniform Law Commission, also called the National Conference of Commissioners on Uniform State Laws, is a non-profit, American unincorporated association. Established in 1892, the ULC aims to provide U.S. states with well-researched and drafted legislation to bring clarity and stability to critical areas of statutory law across jurisdictions"  https://uniformlaws.org/home
[4] https://conventionofstates.com/
Posted by Health Freedom of Choice Blog at 11:44 AM

Labels: devolution of the USA