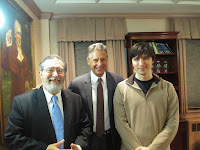 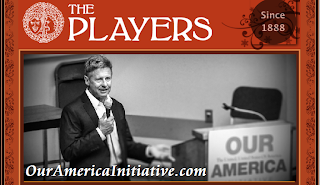 I look forward to seeing you there!
Posted by Health Freedom of Choice Blog at 10:25 AM 1 comment:

I am so very proud of the extraordinary work of Natural Solutions - Chile. They have been honored by Salsa Labs (Democracy in Action) for one of the most successful Social Media Campaigns of 2013.

My co-trustees at Natural Solutions Foundation -- www.GlobalHealthFreedom.org -- Dr. Rima Laibow and Gen. Bert Stubblebine have been living in Chile for the past year, developing Foundation projects that need the "lower radiation" Deep South for their success (see: http://drrimatruthreports.com/fixing-fukushima-with-natural-solutions-lets-go/ ).

And that's when the cronies at Monsanto, Cargil, et al. made their mistake: they thought grabbing control over agriculture in Chile would be a simple task, as it has been in so many other countries. The National Assembly passed the proffered bill, to move Chile from the relatively organic/heritage agriculture friendly UPOV '78 (UPOV is the international seed regulation) to UPOV '91, decidedly unfriendly to the agriculture that my co-trustees went to Chile to promote, so those of us here in the ever more radioactive North can get more lower rad organic produce from the Deep South.

We are working with some of the world's major Truth Speakers regarding the continuing disaster at Fukushima (people like former Japanese Ambassador Murata, "The Conscience of Fukushims" and Professor Chris Busby, a leading EU radiation watchdog).

That hasn't stopped us from focusing on generating good, wholesome food from the Deep South to the North, so, as you can imagine, we were not happy to see Chile about to join the ranks of the GMO-infected nations. So what did Dr Rima and Gen Bert do?

They enlisted the help of our magnificent staff in Chile, Natalia and Naty, and did something that had not been done before: used the Social Media to change the course of the Chilean Government!


This year’s winner is the Natural Solutions Foundation for their Chile: Stop UPOV ’91 efforts. They used Salsa to generate more than two million emails to decision makers in Chile, stopping the passage of the new guidelines and protecting the rights of South American farmers. The other finalists for the Hell No, We Won’t Go Award were the Organic Consumers Association and New Era Colorado. (SalsaLabs.com)

Dr. Rima, Gen. Bert and 'the two Natalias' deserve congratulations! The Social Media power unleashed by them stopped the cronies and the Senate of Chile has refused to pass the new law. Two and a half million emails through our Educate Decision Makers System has profoundly changed the farming landscape!

And that's not all... GMOs and organic/heritage farming has become a major issue in this year's elections in Chile! PUSH BACK WORKS.