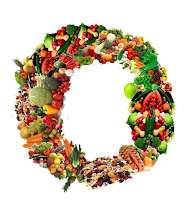 Theory: People who have a healthy life style and eat non-GMO, organic foods, with supplementation if desired, may not notice any great change when sampling a new dietary supplement.

Corollary: Most people are so deficient in so many nutrients that they will often have a positive response to most any dietary substance when concentrated into a dietary supplement.

I've observed, counseled and participated in the natural, health, dietary supplement market since the late 1960s. I've watched the capacity and sophistication of that market's offerings grow into one of the most vital, health-benefiting aspects of modern life. I've received some training in several holistic modalities including homeopathy and Human BioAcoustics. I know a lot of people who use a lot of supplements.

That experience led me to look closely at biological individuality and at why some people seem to be benefited by some nutrients and others by different nutrients. The question also involves concepts like "homeostasis."  What I learned is what I've come to I call "Ralph's Rules" which encompass the Theory and Corollary above.

Pay attention to how your body responds to what you eat. Foods, supplements, pro- and pre-biotics, nano nutrients. All play a role in a healthy lifestyle. Learn what you can and try what interests you.  You might be surprised at how well you feel!

Posted by Health Freedom of Choice Blog at 3:53 PM No comments:


I replied to a point on TEApartyorg.ning.com

So, does Mr. Trump really "love" the TEA Party as he says he does?* If he does he will love our Core Values and core issues.

Since Informed Consent is the defining issue of the 21st Century, and our right to choose health care alternatives is being heavily restricted by govt policy, what does Mr. Trump propose? A single payer health care (rather, illness control) system. Replace Obamacare with Trumpcare.

One of the main issues that moved the TEA Party forward from being just the worthy successor to the Tax Payers Movement of the '70s and 80s and becoming a powerful political movement was Obamacare (another being Audit the Fed).

Trumpcare reminds us that Romney lost because there was not a fiat dime's difference between his Romneycare and Obamacare, leading to 3 million 2008 (G)OP voters not voting in the presidential portion of the ballot in 2012 (but electing a (G)OP majority in both House and Senate).

Does the (G)OP get the message? They cannot win the presidency without TEA Party support.

Does Trump get the message? He will not get TEA Party support unless he supports our Core Values.

[As an aside, let me say that the primary issue I'm personally involved in at the present time is the issue of Informed Consent (to vaccination). Trump takes the pro-liberty position on that: govt has no legitimate power to force anyone to undergo any medical intervention. So I like Trump on that (to me) all-important issue. See my article on Informed Consent here: http://drrimatruthreports.com/a-brief-for-informed-consent/ ]

Back to the issues upon which we all must disagree with Trump, where he has to "compromise" with US to get TEA Party support. Telling us he "loves" us is NOT enough.

IMHO, here is what he has to say to get TEA Party support; if he fails us in these issues, we MUST oppose him. These are the TEA Party Core Values and we will not support any politician who flaunts them.

He must make it clear that he will obey the Constitution in its Original Intent, unless formally amended.

He must make it clear that he will sign a wholesale repeal of the Obama Regulations and Executive Decrees on inauguration day. Like Reagan did, he must be ready to abrogate unlawful executive authority from Day One.

Any candidate who will not END the FED cannot have TEA Party support.

He must acknowledge the role of enterprise and private businesses. He must show the distinction between govt-entangled crony corporations that cooperate in the growing tyranny and truly free markets that are self-regulating through market forces. As health care should be.

He must acknowledge that socialism can never work. Obamacare will work no better than the old post office.. But, more importantly, he must acknowledge that the attempt by the Federal authorities to fix the price of money (interest rates) is doomed to failure. Just like "one payer" public schools are rapidly collapsing under the weight of bureaucracy and polypharmacy, one central bank, socialized media of exchange are not just doomed to failure, but will rob us of our prosperity (and have!).

Is Trump ready to stand for the Market and against the Cronies? I seriously doubt it.

Has anyone in the TEA Party heard Trump utter a word about restraining Fed spending? Would a President Trump expect Congress to obediently raise the Fed Debt every time he wants to spend more? Maybe on "single payer health care" for the cronies in Big Pharma?

The Fed Debt has been frozen since this past March and the sky has not fallen. Will Trump call for a continuation of the present Debt Limit? Will he call for a steady reduction in the so-called "ceiling"??
Let's see if Mr Trump really loves the TEA Party.

Well TEA Partiers, are you ready to go on record by joining me in asking candidate Trump to be candid and either stand with us or stop telling us he loves us.

We love our Core Values. If he loved us, he'd share those values. Does he?

* http://www.breitbart.com/big-government/2015/10/12/donald-trump-defends-tea-party-left-leaning-crowd-love-tea-party/
Posted by Health Freedom of Choice Blog at 4:27 PM No comments: