Congress at the Crossroads
http://tinyurl.com/SaveOurSupplements
Contact Your Representatives
[Easily send messages to your
Reps and other decision makers.]

Under increasing lobbying pressure from the drug industry and the Federal bureaucracy, Congress is considering bills to increase FDA and USDA power over foods yet again. In a series of laws over the past five years, starting with what I call the "FDA Enabling Act" in 2007 (Teddy Kennedy's dying gift to the bureaucracy) the power of the central government over local food production and distribution has dramatically increased. By 2010 the Federal agencies were empowered to enter into "contracts" with state food inspectors, effectively nationalizing local food inspection, just as the local police forces have been nationalized with Federal money and control.

These increases in Federal power are part of a general program emanating from the Administration to "seize the commanding heights" of the economy leading to what General Stubblebine has defined as "total government control" through various bills, regulations, treaties and executive orders. See: http://tinyurl.com/PushBackFree

UPDATE: 5.24.12
BOTH DURBIN and RAND AMENDMENTS
DEFEATED
FDA Bill S.3187 Passed and Sent to the House.
The Action Moves to the House of Representatives.

Support Sen. Paul's amendment, No. 2143
To S.3187 (the FDA bill)
His Amendment would disarm the FDA, put an end to raids on natural food stores and Amish farmers, and stop FDA censorship of truthful claims of dietary supplements.

"Mr. President, today [May 24, 2012] I'm offering an amendment to the FDA. I'm troubled by images of armed agents raiding Amish farms and preventing them selling milk directly from the cow. I think we have bigger problems in our country than sending armed FDA agents into peaceful farmers' land and telling them they can't sell milk directly from the cow.My amendment has three parts. First, it attempts to stop the FDA's overzealous regulations of vitamins, food and supplements by codifying the first amendment prohibition on prior restraint... READ MORE: http://paul.senate.gov/?p=press_release&id=529

Senators Hatch and Harkin Tell the FDA:
"Don't Mess with Our Supplements!"
"The Good, the Bad, the Ugly..."
Senator Durbin's
Unnecessary Amendment 2127
(Dietary Supplement Registration provision)
May be added to the FDA bill, S.3187
Oppose that over-regulation too!

What can we do about this?
We can educate our representatives
About these latest Congressional and FDA assaults on our access to high potency, advanced nutrition!

Posted by Health Freedom of Choice Blog at 11:40 PM 1 comment:


THE FIRST AMENDMENT IS GUARANTEED BY THE SECOND AMENDMENT! 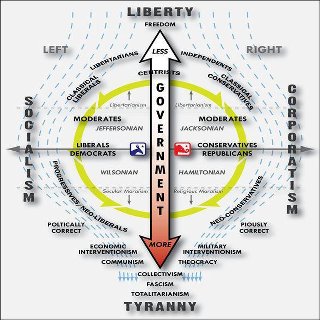 Posted by Health Freedom of Choice Blog at 1:10 PM 1 comment:

Vaccine Lies and the First Amendment

The propaganda of  the vaccination industry is based on false commercial speech.

Among the unscientific statements made by the vaccine pushers are claims about "herd immunity" -- the disproven claim that somehow "all" people are protected from infectious diseases when "enough" of the population has received the touted vaccine. If vaccines work, then those who receive them are "protected;" those who reject them are not "protected." No herd involved at all. The uninsurable risks of vaccination do not provide any "herd immunity." The most recent studies show what vaccines provide is a foreseeable risk of immune system damage or worse adverse reactions, including, as a foreseeable result, autism spectrum disorders. See, for example:  Infant Monkeys Given Standard Doses of Vaccines Develop Autism Symptoms - http://vran.org/in-the-news/infant-monkeys-given-standard-doses-of-vaccines-develop-autism-symptoms/

Based on false notions, various vaccine-profiteers (drug lobbyists and their allies, including physicians in state legislatures) have introduced bills to abolish traditional religious and philosophical vaccine exemptions. The first of those state legislative efforts to reach a vote, in Vermont, went down to a decisive defeat last week. See: http://capwiz.com/a-champ/issues/alert/?alertid=61280071


"Advocates for vaccine choice rights delivered a humiliating defeat to the vaccine industry in Vermont this week with the defeat of S 199, a bill that would have eliminated the right of Vermont parents to refuse mandatory vaccines to attend school for “philosophical” reasons.  A coalition of citizens and health rights organizations stopped the very well funded effort by the vaccine industry in the first full-scale attempt to repeal a state’s philosophical exemption law. And this victory is bound to resonate in the statehouses were similar efforts are under way."


However, the victory is not as decisive as is needed to secure our right to religious and philosophical exemptions to vaccination. There is a worm in the works...


"A bill still called S199 emerged from the legislature, but it left the philosophical exemption intact. Parents will now have to submit letters on any annual basis and must sign a statement that inaccurately states that they acknowledge not vaccinating puts others at risk..."

This provision of the new law violates the First Amendment. Under our Constitution, no government may require particular speech, especially false speech!


"If the First Amendment means anything, it means that regulating speech must be a last - not first - resort... We have previously rejected the notion that the Government has an interest in preventing the dissemination of truthful commercial information in order to prevent members of the public from making bad decisions with the information."

An assault on truth similar to that attempted in Vermont is occurring in California where the legislature is poised to require a Doctor's Letter with each claim of exemption wherein the physician will make the legislatively required false statements regarding alleged risks to the child not being vaccinated, and other children (again, the false "herd immunity" claim) but, the physician will not be permitted to explain to the parents the uninsurable, foreseeable harm that vaccination will cause to an unknown number of children... perhaps even yours...


Please go to the Health Freedom Declaration, read about these issues, and use the included Petition Form to easily send a message to your state and federal representatives that you reject official vaccine ideology and insist that your Freedom of Speech not be perverted to the profit of the vaccine drug pushers! 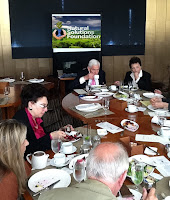 General Bert and Dr. Rima in Los Angeles
Posted by Health Freedom of Choice Blog at 10:57 AM No comments: