Who is Telling the Truth about COVID-19? 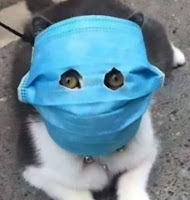 
Is there anything we can believe about Mass Media reporting about the Chinese Coronavirus — COVID-19?  We suspect not.
Some of the misinformation is fairly innocuous, such as the Fox News report about cats in China wearing sanitary face masks. [1]  Some reports suggest that the novel virus, with a 3% kill rate and great virulence, developed at an “exotic” meat market in Wuhan China.  Others accuse the accidental — or maybe intentional — release of a weaponized virus from a Red Army research facility in the same city.  This seems linked to coronavirus experiments being conducted, in part, by Chinese nationals at a Canadian laboratory.
We are following these developments and have documented recent data points at   www.TruthAboutCoronavirus.com.

We are not particularly following the alleged numerical spread of the virus since the figures released by the Chinese Government do not seem accurate.  A cover-up appears to have been in place since late last year, before the Western Media first began to report.  If you want to see graphs about the number of cases and deaths, these are readily available online.
What we are covering are the hard facts of causation and the urgent facts of protection and response.
We note that the World Health Organization, WHO, during the 2014 Ebola outbreak issued a statement that, during a pandemic, it is ethical to try even unverified interventions that may offer potential benefit. [2]

And let us know what you’ve discovered about the misinformation and disinformation that you are finding.  We rely on an aware public to express the Truth About Coronavirus.
Join Dr. Rima’s powerful new email list to be assured that you will remain in the loop. And urge all your circles of influence to do the same.
Knowledge is protection.  Connection is knowledge.
Sign on here:    https://secure.campaigner.com/CSB/Public/Form.aspx?fid=633242&ac=gafw
———-
[1] https://www.foxnews.com/health/cats-wearing-coronavirus-masks-china
[2] http://www.who.int/mediacentre/news/statements/2014/ebola-ethical-review-summary/en/
“In the particular circumstances of this outbreak, and provided certain conditions are met, the panel reached consensus that it is ethical to offer unproven interventions with as yet unknown efficacy and adverse effects, as potential treatment or prevention. Ethical criteria must guide the provision of such interventions. These include transparency about all aspects of care, informed consent, freedom of choice, confidentiality, respect for the person, preservation of dignity and involvement of the community.” [Emphasis added.]
[3] http://www.opensourcetruth.com/covid19-are-face-masks-enough

Posted by Health Freedom of Choice Blog at 9:24 AM No comments: 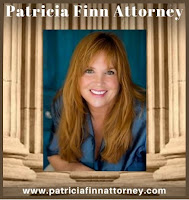 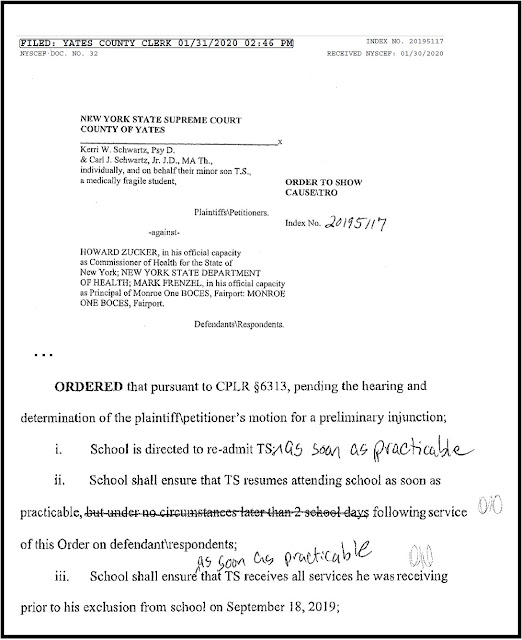 Posted by Health Freedom of Choice Blog at 9:08 PM No comments:

The Plot Thickens:
Who Weaponized the Chinese Coronavirus? 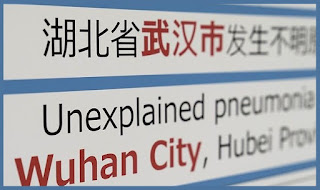 As I was driving about today, doing my Saturday chores, the car radio news and my cell phone were both buzzing about the Coronavirus outbreak in China. Over a couple hours the claimed death toll rose from 259 to 296 while the known infected rose to over twelve thousand, involving all parts of China and dozens of other countries, including the USA.
While the death toll climbed the World Wide Web Thought Control System went into hyper-drive. For example, libertarian economics news aggregation site Zero Hedge was banned from Twitter for tweeting the name and location of a Chinese scientist who was allegedly involved in manipulation of the Coronavirus genome. [1]
In an earlier OST piece I discussed the 2007 patent regarding coronaviruses and vaccines. [2]. Yes, the US government owns that patent.
While that fact data point is instructive, suggesting US involvement somehow connected to Chinese scientists (and thus to the Chinese authorities). One rumor even has it that the coronavirus outbreak, primarily centered in the central China city of Wuhan, is a false flag feint — meant to take attention away from another threat to the health of Wuhan citizens. Wuhan, so goes the story, is the first Chinese city to be fully 5G (an advanced wireless system held to be a risky technology by its critics).
Let’s take a look at some more odd data points from the Internet frenzy of the past few days. It was Natural Solutions Foundation’s Founding President, Maj. Gen. Bert Stubblebine who always told us to aggregate the data points and remain open-minded to what the data shows.
Item: “Coronavirus Contains HIV Insertions Stoking Fears Over Artificially Created Bioweapon [3] — “The theory is that China obtained the coronavirus via a Canadian research program, and started molding it into a bioweapon at the Institute of Virology in Wuhan. Politifact pointed the finger at Zero Hedge…”
Item: “New Coronavirus in China Is Treated With HIV Meds” [4] — “Health officials in China are including two HIV meds as treatment for pneumonia caused by the new coronavirus, reports Bloomberg News. Specifically, the country’s National Health Commission in Beijing recommends the HIV drug Kaletra, which is manufactured by AbbVie and is also marketed as Aluvia.”
We have been warned for decades that it is inevitable that humanity will suffer a global pandemic far worse than the Influenza Pandemic that started at the end of World War One and killed more people than the War had — between 50 and a hundred million. [5]
Looking into the epidemic history of the past several millennia in Eurasia, it appears that a world plague has struck on average every half millennium. Seven hundred years ago it was the Bubonic Plague that started in 1346 CE and may have killed a third of the population of Europe. Before that, the Plague of Justinian killed 40% of Eurasia’s population in 541 CE and before that, the Antonine Plague killed 30% of Eurasia around 165 CE. Is this about to happen again? Is it just a natural outcome of the history of our species or is it something more sinister?
Is the Chinese Coronavirus, able to spread quickly through casual human contact, before symptoms are apparent, destined to spread across the world — Literally flown from city to city by modern transportation?
Do the data points suggest that there are two stages of infection: an acute stage that has a 2 or 3% death rate and is very easily transmitted, and a chronic version more like HIV infection with a much higher, but long-term, death rate?
Is the Chinese Coronavirus a weaponized virus?  Who weaponized it? WHO? We may know over the next few weeks.
As we await history’s verdict, however, this comment from Rima Laibow, MD, is to be considered:

“SARS and MERS are also coronaviruses. My understanding that such viruses are easy to weaponize. General Bert warned us years ago about the weaponization of influenza-like viruses to further the globalist depopulation agenda. This is occurring as the World Health Organization prepares to declare a World Health Emergency which would give WHO near total control of the planet. This is, of course, unnecessary, since the powerful support that Nano Silver 10 PPM provides for your immune system operates in the presence of coronavirus.” Rima Laibow, MD [6]