A LAW FOR WRONGS, NOT RIGHTS 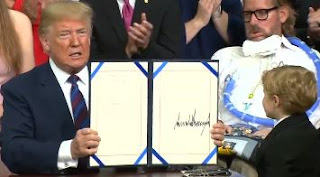 "Thousands of terminally ill Americans will finally have hope, and the fighting chance, and I think it's going to better than a chance, that they will be cured, they will be helped, and be able to be with their families for a long time, or maybe just for a longer time." Donald J. Trump

The website for the 115th Congress describes the law with this official summary: [1]


"This bill amends the Federal Food, Drug, and Cosmetic Act to exempt, from specified requirements and restrictions under that Act and other laws, the provision of certain unapproved, investigational drugs to a terminally ill patient who has exhausted approved treatment options and is unable to participate in a clinical trial involving the drugs. The manufacturer or sponsor of an eligible investigational drug must report annually to the Food and Drug Administration (FDA) on any use of the drug in accordance with these provisions. The FDA shall post an annual summary report of such use on its website. The bill limits the liability of a sponsor, manufacturer, prescriber, or dispenser that provides, or declines to provide, an eligible investigational drug to an eligible patient in accordance with the bill."

The new law provides that any patient diagnosed with "a life-threatening disease or condition..." who has "exhausted approved [by whom?] treatment options..." as certified by a physician who is not compensated by a drug company, may benefit from the experimental treatment's exemption from FDA licensing.

The law also correctly requires, in section (1)(C) that the written Informed Consent of the patient or guardian be obtained.

Unfortunately the new law restricts its benefits only to pharmaceutical drugs that have already gone through FDA-approved Phase 1 testing or certain other procedures. This law does not apply to the many natural remedies or to medicines used in other countries. [2]

The law specifically exempts drug companies from liability for harm to the patient and provides that the FDA may not, in normal circumstances, use the outcome of the Right to Try to delay or deny drug approval. The law concludes with a Statement of the Sense of the Senate that the the law does not "establish a positive right to any party or individual..." and that any "use of experimental treatments under the criteria and procedure described in such section 561A involves an informed assumption of risk..."

Thus, what appears on first look as an act of compassion by Congress and the Administration, when viewed more closely, is a law made to protect drug companies without securing for Americans the Right to Try natural remedies that are not subject to FDA approval in the first place!

[1] https://www.congress.gov/bill/115th-congress/senate-bill/204
[2] There are other legal provisions which do allow some limited access to other remedies.  I have written about two of them here:
Medical Foods:  http://vitaminlawyerhealthfreedom.blogspot.com/2013/05/medical-foods-under-orphan-drug-act.html
Personal Importation:  http://www.lifespirit.org/perimport.html
Posted by Health Freedom of Choice Blog at 9:59 PM No comments: 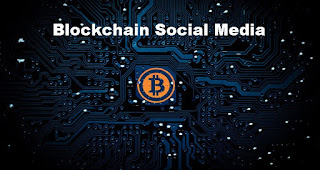 The “big boys” of the World Wide Web actively seek to restrict expressions of opinion that do not meet current “standards” of Political Correctness and Identity Politics[1].  It’s not just the “Great Firewall of China” that restricts worldwide political expression: the imposition of “community standards” by private companies simply as a cover to arbitrary, and maybe politically motivated, decisions by anonymous corporate hacks somewhere in some Internet boiler room out there... but, there may be a technical fix for this political problem.

Blockchain technology, which is the basis for Bitcoin and other crypto currencies, is a secure system of decentralized information distribution and verification.

“The easiest way to think about blockchain is a massively distributed network that can’t be controlled by any entity and has no single point of failure. Every time there is a transaction or event in this network, every single node in the network is notified and updated. Each update is a “block” of data, creating a massively distributed ledger of data that is shared by every member of the network.”[2]

The corporate social media owners reap the advertising revenue reward while the volunteer content-makers create the value that the users seek. The Blockchain social media model proposes, instead, to reward the user-content-creators without the intermediation of corporate owners -- or at least with a much bigger share of the advertising pie.

“In its purest form, such a network would lack a central body creating profit from the platform and therefore be unrestrained by the goal of appeasing advertisers. Like Bitcoin, it could be modelled on a system where those who invest most time and effort in the network have the greatest influence on its evolution.”[5]

The model proposed by the now-in-beta-testing Minds.com, for example, rewards user/contributors with a new crypto currency, the Minds Token, which can be used to boost postings, purchase at the Minds.com store, and, after the beta period, be converted to Bitcoin.

“I always knew that an open-source social network was inevitably going to emerge and become competitive with the top establishment social network... It also became clear that the mainstream social networks were not rewarding people — were not incentivizing people. They weren’t giving revenue opportunities. They’re restricting people’s reach — they’re spying on people! So it became sort of obvious that there’s a market requirement for this space that we’ve filled.”[6]

The economics of the social media is becoming a struggle between these two visions:

[1] Corporate advertising built on the intellectual efforts of (mainly) volunteer contributors, versus
[2] Decentralized systems where the advertising revenue is distributed, via the Blockchain, to the users.

At the same time, the propensity of the corporate sponsors to engage in “private” censorship of social media content is becoming of ever greater concern to the users of the media. After all, the purpose of engaging in the social media is to communicate ideas and information. That use is at odds with corporate censorship.

I’ve previously written about Privatizing Tyranny, the efforts of various governments to empower private entities in restricting the ideas which may be expressed openly.[7] Those private entities act “under color of law” as arms of government when blocking, down-throttling or down-grading the expression of certain ideas to which the governments object. If no one can see your comment your right to freedom of communication is meaningless.

Blockchain-mediated, decentralized social media are unable to be so manipulated. The would-be tyrants have no technical means to impose restrictions on such content.

This is a real threat to the centralized media, which appear to have been created, or at least boosted by government intelligence agencies (consider DARPA-connected, Facebook investor James Breyer).[8]

Once the powerful financial link between the corporate overseers and the social media is broken by Blockchain decentralization, the ability of governments to use their corporate proxies to censor social media expression will begin to fade.

Will the Blockchain build a social media stronger than the controls even the most powerful of governments impose?  Does it matter to you as an advocate that you are being censored by government or by what claim to be “private” companies?

Freedom advocates must join in that question: “What are the huge social media corporations afraid of?” To ask this question is to answer it. They fear free people capable of asking that question!

The answer implies how we can Push Back and break free: boycott the “official” social media, whether directly government-affiliated as, for example, Yoyow may be[10], or whether corporate creatures of the state that pretend to be independent, like Facebook or YouTube. But boycotting is just the first step.

To be able to utilize the extraordinary power of the social media to protect freedom and effectuate change, you must patronize the Alt Social Media, and that means relying on the Blockchain for the privacy protection that it offers.

I’ve begun to shift my attention from Facebook and YouTube to Minds.com and other Blockchain Alt Social Media.  It is my attention that profits the centralized social media, so ultimately, it is my choice.

We each have that choice.

Ralph Fucetola JD is a retired lawyer, consultant – www.ProfessionalSafetyDossier.com – President of the Institute for Health Research – www.InHeRe.org – and VP of the Natural Solutions Foundation – www.GlobalHealthFreedom.org

Posted by Health Freedom of Choice Blog at 8:48 PM No comments: