The State of Exception: Tyranny's Theory

The State of Exception:  Tyranny's Theory
The Regime's Disinformation Governance Board 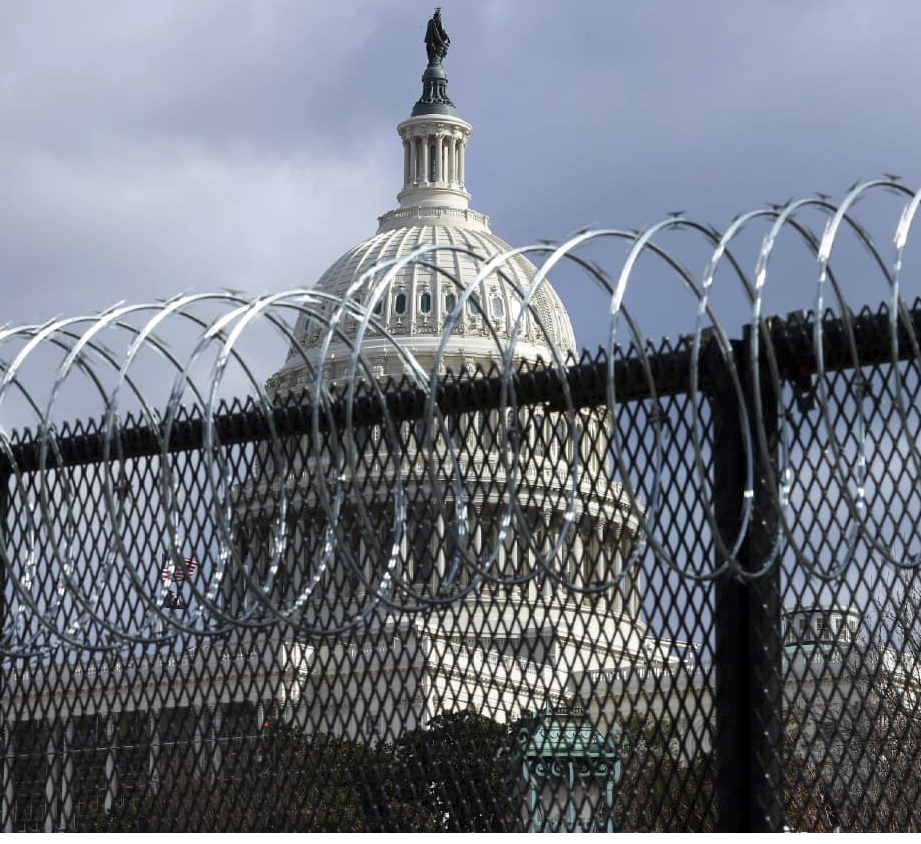 Politics is that portion of Human Action [1] involved in establishing and maintaining the State. The following from Max Weber: the "state can be defined as a human community that successfully claims the monopoly of the legitimate use of physical force within a given territory". [2]

Private Associations, such as patriot groups, interact with politics at large and have their own internal legitimacy issues. However, from Weber's definition, those internal activities are not "politics" but rather the natural give-and-take of a voluntary community. Voluntary association is the hallmark of communities of free people.  Involuntary association is the hallmark of the monopoly State.

So what do the activities of people in institutions of government have to do with the private expressive association activities of various private associations? Let's approach that issue by looking at a little history.  We could mention the Mannerbund (the Men's Group) of Northern Tradition, or the voluntary communities established by pioneers, such as the Amish. But a more direct example can be found in the American Revolution.

I recently saw part of a documentary on the American Revolution wherein the narrator mentioned "the Sons of Liberty which was recruited from local street gangs...". I see the modern patriot groups, such as the Proud Boys, as not-dissimilar from those Sons of Liberty (it wasn't tea those men were drinking before the Boston Tea Party...).

In contrast to the impending tyranny is the freedom philosophy contained, for example, in the Proud Boys Tenets [3] which include such beliefs as "Minimal Government / Maximum Freedom; Pro Free Speech / Pro Gun Rights; Anti-Racism / Anti Racial Guilt; Glorify the Entrepreneur / Venerate the Housewife...". Equally important is a willingness to fight for the Right.

These views lead to an adherence to the American Constitution, as originally understood and intended to limit government power, not the rights of individual citizens. Patriots see their role as standing firmly for traditional values.

Such Americans view the "State of Exception" under which we currently live as unacceptable.

What is a "State of Exception"?  It is the legal theory justifying tyranny asserted originally by the German Jurist (and Nazi) Carl Schmitt [4] and strongly criticized by libertarian philosopher Murray Rothbard. [5]

As originally asserted, prior to the Nazi take-over of Germany, and later developed in his post-war Theory of the Partisan, Schmitt saw the unlimited powers of the totalitarian state as arising from a permanent state of emergency, a "State of Exception" which allowed ruling elites to act arbitrarily, capriciously and without adherence to the rule of law. He asserted such a state justified:

2. Suspension of the Rule of Law

3. Derogation of legal and constitutional rights

American legal theory, based upon constitutional limits on government power and “inalienable” rights, does not permit broad emergency exceptions. A good example of this is the constitutional restriction on suspending the Writ of Habeas Corpus (the writ that allows Judges to question arbitrary imprisonment). Even if the writ were to be suspended, that suspension is subject to the Bill of Rights, which amended the original Constitution, including the original writ provision. The Bill of Rights holds that government must always respect basic human rights.

No one may be deprived of life, liberty or property without "Due Process of Law" -- the opposite of a "State of Exception".

It is undeniable that the American Deep State holds to a theory of government more like that of the Nazis than that of the Constitution. We have been ruled under emergency regulations since the declaration of war against Japan.  More so since the PATRIOT Act and other emergency laws arising after the September 11th attacks. The federal authorities currently use whole series of emergency measures to restrict political speech, going so far as to engage in false-flag and entrapment techniques designed to provide the very terrorist threats against which they are supposed to protect us.

Examples can be offered:  the now-exposed entrapment regarding the supposed plot to kidnap the governor of Michigan, or the dozens of federal agents exposed as directing the January 6th "insurrection."

The Nazi Reichstag Fire was not the only false-flag used to justify a "State of Exception."

There have been increasing attacks against patriots over recent months as the unelected Regime [imposed as a result of Congress being panicked into certifying the contested 2020 election] consolidated power.  Nearly a thousand have been arrested for allegedly participating in the January 6th "insurrection" and dozens remain in jail, under horrific conditions. The mass purge of public employees who might object to tyranny, under the rubric of "vaccine" mandates, resulting in the firing of thousands of soldiers, police, health care workers and first responders, is a troubling development.

The attacks have just escalated with the increasingly heavily armed Department of Homeland Security seeking to establish a new censorship bureau during April 2022, called the Disinformation Governance Board. [6] The Board (ultimately temporarily abandoned) was to have been created without Congressional approval.  The head of DGS intoned, "The goal is to bring the resources of the department together to address this threat." [7]

What threat? Apparently it is the "threat" that some people on social media may disagree with Regime policies.

Specifically mentioned were questioning the legitimacy of the stolen 2020 election, the abandoning of the southern border or the risk of war in East Europe. The real goal is Total Information Control.  It is simply totalitarianism.

This attack on the First Amendment is, of course, justified by the "State of Exception" first created as a response to the 9/11 attacks and continued by the government's excessive response to the declared pandemic.  It was, we are assured, just to "protect the Homeland."

The original American political theory of Inalienable Rights and constitutionally limited government, with the First Amendment explicitly denying government power to restrict speech, petition and association, has been abrogated and the ruling elite now base their power on the same theory of government, the "State of Exception" that was the basis of Hitler's dictatorship.

Just as Germany was devastated by Nazi governance ("Power corrupts and absolute power corrupts absolutely")  Americans now face similar threats from a governing elite that has unconsciously adopted as its meme the Capitol surrounded by barbed wire, making clear the "State of Exception" upon which its power is based.

Recent efforts to brand the January 6, 2021 mass demonstration at the Capitol as an “insurrection” is part of a, perhaps, cunning plan to ban patriots from holding public office based on a provision of the 150+ year-old 14th Amendment barring those involved in insurrection (after swearing to uphold the Constitution) from holding public office. This was a GOP-imposed, post-Civil War enactment.

What is to be done?  Would the mass banning of the opposition mean the end of representative government?  Is the creation of a censorship board to oppose the First Amendment the "red line"? Are the increasingly shrill attacks on the Second Amendment?  When will the Sons of Liberty arise again?

The Proud Boys and other patriot groups, especially "crews" offering fellowship in dark times, seek to be ready.  They heard President Trump's famous injunction to "Stand Back and Stand By..." [8]

Many are now convinced this is the time to Stand Up and Stand Forward.

There are no emergency exceptions to inalienable rights.

Posted by Health Freedom of Choice Blog at 1:03 AM No comments: