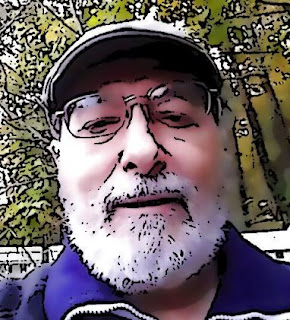 I was born into a large Italian construction and business family in, and lived in, northern New Jersey, all my life.  I am an American Citizen, age 76.  Although born in 1945 and technically too old to be a Boomer (and old enough to have avoided the war in VietNam through student deferments) I was part of the Boomer generation.

I remember being with Ralph Ginsberg and Larry Ferlinghetti at Rutgers in '63; I was part of the post-Beat Generation Rutgers poetry club. I shared a few joints with Prof. Tim Leary and author Robert Anton Wilson.  Profs. Murray Rothbard and Walter Block mentored me as a young man.  Remote Viewer  (Maj. Gen.) Bert Stubblebine was a mentor in later life.

I spent my summers "down the shore" in Ortley Beach where we've had a house for over 7 decades.  My uncles all had places on the same lagoon, so my cousins and I had summers growing up together.

My political activities started in High School (Verona NJ) in the early 1960s when a friend and I were the only conservatives in the News Club, so we gave our views once a week over the school loudspeaker.  Learned about censorship early.

Of course I read Goldwater's Conscience of a Conservative and anything I could find by Ayn Rand.

I was the second person in my family (36 cousins in my generation) to go to college and the first to get a graduate degree (JD).  The family had a construction company (yes, I did work on construction jobs a couple of summers) five bowling alleys and, eventually, a strip mall and a hotel, all in north NJ. After I graduated my office was between Arlington Lanes and our construction company.

At Rutgers College (B.A. with Distinction, New Brunswick, class of '67) I was one of the few conservatives on the student newspaper.  They didn't purge the conservatives until a few years later.  I joined College Republicans and was a Youth for Goldwater in '64.  I was among the "Rat Finks" purged from the College (G)OP by the Rockerfellerists after that election.

In 1967 I was in D.C. with some Catholic Peace Protesters, at the Pentagon during the infamous exorcism there. The Right has almost always opposed foreign wars and supported the Founders of the Republic's foreign policy of non-intervention.

I joined Young Americans for Freedom (YAF) and became NJ Ex. Director.  During '69 I was one of the YAFers who, under the influence of the great libertarian Prof. Murray Rothbard and Prof. Walter Block (now head of economics department at Loyola) moved to a consistently libertarian position.  In the summer of '69 both Leftist SDS and proto-Neocon YAF purged the libertarians.  I was among those so purged, along with the extraordinary Kate Greene who became my wife (for 48 years, until her passing in 2021). We insisted that conscription was involuntary servitude and thus were booted out...

During that time period the Rutgers Newark YAF group (6 undergrads and one law student, me) decided to take our big Stars and Stripes and oppose a pro-Viet Cong march of thousands in Newark, NJ.  We stood on Broad Street at the south end of Military Park with our flag outspread. The crowd was much larger than we expected.  There was some pushing and shoving by the New Left precursors of Antifa (with some knees and elbows and fists flying) but we stood our ground. The mob was "deflected" by the flag and instead of rallying in the park as they had planned, they fled to Rutgers Campus and occupied the Student Union and surrounding buildings. We must have 'triggered' them... BTW, we were not pro-war and were certainly anti-draft.

The University put some "FreePeople" organizers on trial for the occupation and added me as a defendant for, I guess, carrying a flag.  I could have been (but was not) expelled from law school. The Trial was a farce. Intentionally, with the FreePeople providing popcorn for the audience. The law school professors, being good liberals, did not expel anyone. I did come to respect the libertarian left and joined them at the occupation of Old Queens on the Rutgers College campus a few years later, without supporting any of their inarticulately expressed goals...

Became a member of the Rothbard-inspired Radical Libertarian Alliance (RLA) and still have one of the old banners carried in anti-war demonstrations in DC and NYC, "Conscription is Slavery, Taxation is Theft, War is Murder." I remember a bunch of us sharing a joint in the back of the hall when Rothbard spoke to the National Taxpayers Union, probably in 1970.

I've been a Libertarian Party supporter since the party's founding and have almost always voted for LP candidates, although there are (G)OPers like Rand Paul I like. While I did not vote for him, I do consider DJ Trump the legitimate President and the 2020 election to have been stolen. Trump was/will be the last Baby Boomer president (current Head of Regime Biden is too old to be a Boomer)

In 1970 I was at a Society for Individual Liberty meeting in Philly where we heard from the great L. von Mises, the 20th Century's leading philosopher of freedom, then in his 90s.  In that speech to a group of long-haired libertarians (some of whom would become Members of Congress, Federal Administrators or best selling authors, lawyers and the like), he wagged his finger at us and said, "You are eating your seed corn."  Of course he was right.  [I have a distinct memory of a very hippie Durk Pearson chatting with Margot Mises about why she should try LSD...] The post-Boomer generation, however, may now be in the biggest seed-eating frenzy of all.

Kate Greene and I hung out with consciousness warriors like Robert Anton Wilson and Tim Leary and adopted neopagan, gnostic beliefs. We delved into "alternative healing" and became certified in Human Bioacoustics, Hololinguistics and very basic Homeopathy, along with Reiki and other modalities.

I've been an ordained minister since 1973 in LifeSpirit Church -- www.lifespirit.org which was founded as the Libertarian Congregational Church. I smoked hemp, tripped on various substances, and survived the 1970s and 80s, while practicing law (1973 - 2006) and officiating at marriages and funerals along the way.

One of the first Internet Chats happened at our Morristown townhome in 1986, when Robert Anton Wilson chatted over my Commodore 64 text interface with people around the globe -- http://www.lifespirit.org/RAW-1986-chat.html -- transcript of vintage RAW.

I was a leader in the NJ Taxpayers Movement in the '70s into the '80s and spoke to the huge crowd at the Stop the Income Tax Rally in Trenton in 1976 stating that I could "no longer distinguish between taxation and theft."

Kate and I had one child, our magnificent son Drew Adriel, in 1988.

Of course I've supported Ron Paul. In the 1970s I was a member of the National Committee to Relegalize Gold, which supported the then-young congressman's successful effort to relegalize private ownership of bullion Gold -- one of the first great libertarian political victories of the last century.

Similarly, I worked with the TEA Party in more recent years.  I am very active in the Health Freedom Movement, agreeing with my mentor and friend, the late Maj. Gen. Bert Stubblebine that "Informed Consent is the defining issue of the 21st Century."

Just before the start of the "pandemic" of 2020 I delivered a paper at the Libertarian Scholars' Conference (at Kings College, Manhattan, October 2019) wherein I discussed the universal right of Informed Consent -- just as the globalist elite were setting-up the biggest attack on Informed Consent since the end of WWII:  https://inhere.org/wp-content/uploads/2020/01/Informed-Consent.paper_.1a.pdf

I am currently a trustee of National Solutions Foundation and President of the Institute for Health Research -- www.InHeRe.org and I post at www.OpenSourceTruth.com

Unsurprisingly I was purged from Facebook during the Great Purge of 2020/21. My Telegram Chats:  https://t.me/opensourcetruth and https://t.me/redpillcrusaders -- @FreedomAdvocate2°

I do consulting in the natural products industry:  http://www.SystemsProcessingIntegration.com

Kate Greene's Collected Works and my Memoirs and other books are at https://tinyurl.com/FoundersLegacy 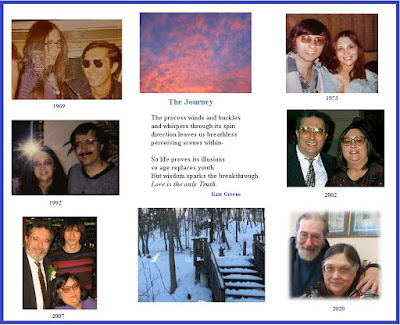 You can support our work here:   https://fundly.com/support-lifespirit-church/

Posted by Health Freedom of Choice Blog at 12:09 AM