An Open Letter to the Judge 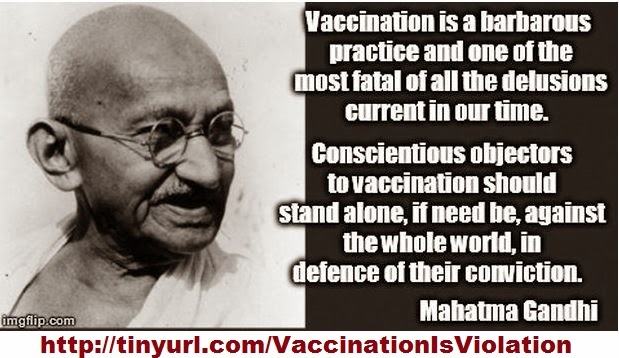 A group of health freedom advocates and I have been communicating about the current mass propaganda push for mandated vaccines. They are copied on this note. We need your help.

Dr. Rima (with General Bert) is in India right now, learning about Ayurvedic Natural Solutions and about to present a paper to the All India Medical Congress entitled "Regulation and Results" which will expose the dangerous lies of the vax pushers, describing in detail how vax toxins harm millions, literally killing more than they theoretically "save." Her presentation is February 8th and we will release her powerful paper then.

Here is the abstract: 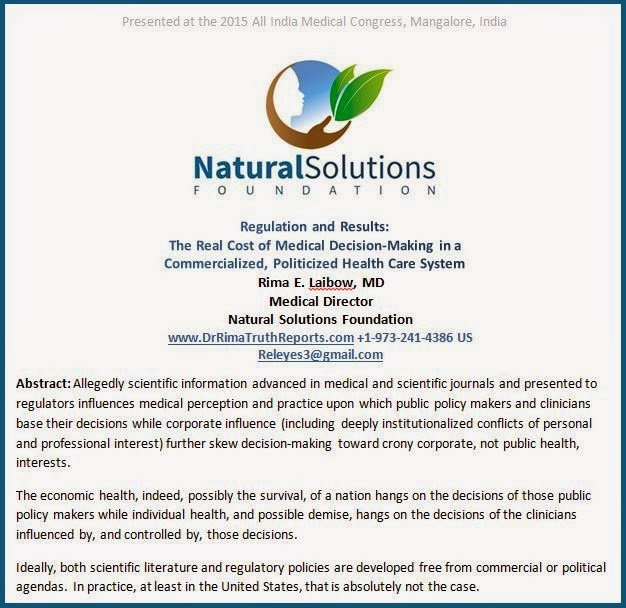 With even Rand Paul and John Stossel making odd sounds about "government's role in promoting vaccination..." you may be the last voice of sanity in the mass media.

With newspapers like USA Today calling for jail for vaccine resistors, and allegedly pro-free speech publications like Reason and The Guardian calling for blocking vaccine refusers' access to the media, the public is hearing only the drum-beat for forced vaccines.

This would be a real disaster, leading to more chronic illness and mass infertility (maybe the globalist elite's core goal?).

Dr. Rima's paper shows that children who are exposed, naturally, to the self-limiting childhood diseases have stronger immune systems and less chronic disease later in life.

The facts are clear, for anyone without a special interest to plead, hygiene and nutrition ended the pandemic diseases, not mass public vaccination. 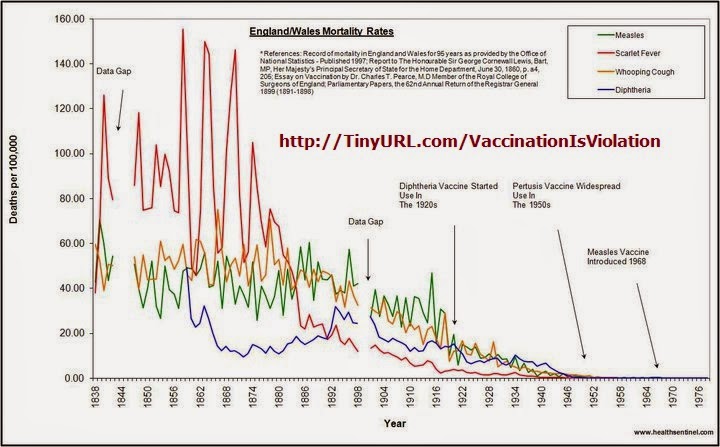 Let's start with the case often cited as the “lead case” in vaccination law, Jacobson v. Commonwealth of Massachusetts, 197 U.S. 11 (1905). This case is often erroneously cited as authority for mandatory vaccinations.The case is rather more nuanced and announces compelling authority for Federal Court intervention in vaccination matters. While giving due deference to the State authorities, the Supreme Court reserved for the Federal Courts the right to intervene in matters where health and life may be at stake: “…if it be apparent or can be shown with reasonable certainty that he is not at the time a fit subject of vaccination or that vaccination, by reason of his then condition, would seriously impair his health or probably cause his death.”  While Jacobson did not prevail in the Supreme Court, it is to be noted that he never alleged harm or peril of harm; he only alleged that the mandating of the emergency influenza vaccination was ultra vires the state’s authority and the $5.00 fine imposed was unconstitutional. Jacobson was never actually forced to be vaccinated and history shows us that the $5.00 fine was later vacated. Furthermore, the case was decided before the comprehensive Federal pre-emption of drug approval that is now embodied in the laws empowering the FDA.

Vaccination is Violation. Nothing less. http://tinyurl.com/vaccinationisviolation

It is not enough to defend the right of the person to make what the govt alleges is "bad choice" of not vaccinating. [The wrong here is compelling what may be unsafe medical interventions. There will be foreseeable harm to people who are forced to accept the shot; such compulsion negates their status as free people.]

That certainly is the position the Supreme Court has taken, in, for example, Thompson vs Western States (535 U.S. 357, 2002) when Justice O'Connor wrote:

"If the First Amendment means anything, it means that regulating speech must be a last - not first - resort. *** We have previously rejected the notion that the Government has an interest in preventing the dissemination of truthful commercial information in order to prevent members of the public from making bad decisions with the information. *** Even if the Government did argue that it had an interest in preventing misleading advertisements, this interest could be satisfied by the far less restrictive alternative of requiring ... a warning ..."

Congress adopted the National Vaccine Injury Compensation Program (42 U.S.C. § 300aa-10 et seq.) precisely because vaccines do cause harm and are uninsurable. The legal maxim, “No harm without a remedy” applies here and the Supreme Court in Jacobson instructs that it is not to be understood to be holding “that the judiciary would not be competent to interfere and protect the health and life of the individual concerned.” Approval of any drug (including a vaccine) by Federal Authority is now a necessary prerequisite for that drug to be lawfully available to the public in commerce. Such approval is a necessary prerequisite for any state mandate for the forced use of any such drug, since Jacobson holds that the courts should intervene if there is "reasonable certainty" that a person is "unfit" for inoculation since the procedure would "seriously impair... health..." Without the statutorily required showing of safety, we cannot have any reasonable certainty, thus no mandate can lawfully issue.

But none of these medical, philosophical or legal issues are being heard. Only the propaganda for mass, forced vaccination is being parroted by all the media, CNBC and Fox like. Only pro-vax voices are being heard, in a unanimous chorus led by the likes of Hillary Clinton but sadly joined by people who should know better, like John Stossel and Dr. Rand Paul!

All of the people who are receiving this email are very knowledgeable about vaccination. We are each available for media interviews, and many of us live in the NYC area.

Please let us know how we can help you bring the news of our dissenting voices to the media.