Is the Liberty Movement Succeeding?


IT'S OK TO BE A LIBERTARIAN! 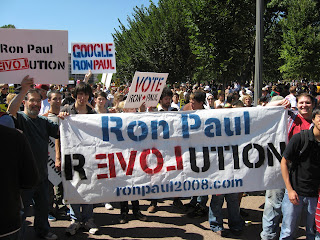 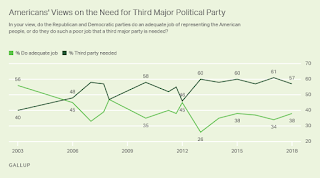 "My conclusion is that the time has never been better for the Libertarian Party to confirm its “major party” status, returning real democracy to the American federal republic.  Americans no longer have just two choices.  There is a third choice to Demoncrat and (G)OP politics-as-usual.  That choice is Liberty!"

[Note that the 2016 total, when two former two term (G)OP governors carried the LP banner, was substantially larger than the 2.9 million vote difference between the two tax-eater parties.  October 2018 Update: a majority of Americans want a Third Political Party:  https://news.gallup.com/poll/244094/majority-say-third-party-needed.aspx]

I can hear Prof. Rothbard chortling!

As a result (and maybe also as an interrelated cause) the libertarian presence on social media continues to grow.  The number of people posting, for example, on the Libertarianism Facebook page escalates, as do the number of trolls. It seems that libertarian successes are being noticed and the trollocracy is on the roll. One of the recent pseudo memes has been "The LP has done nothing..." to advance liberty and, indeed, the very idea of liberty is waning in the new world order.

This is an example of a propaganda technique that attempts, in big-lie style, to ascribe to libertarians, a growing movement, the very failures of our chief opponents, the totalitarians of various stripes.

This in the very same year that the world commemorated the 100th Anniversary of the Red Coup in Russia (the "November Revolution"*), initiating a century in which various versions of Socialism (Communist and Nazi alike) killed over a hundred million disarmed folk.

That anniversary was not celebrated with joy anywhere on earth and happily the Red Menace of old was finally swept "into the dustbin of history." Yes, libertarians had hand in that most momentous event in 20th Century history.

It was then young libertarians (like Prof. Jack Wheeler and then libertarian troubadour, later Reagan speechwriter, now congressperson Dana Rohrbacher) among many others interacting with anti-communists around the world (during the '68 - '89 period) which encouraged the Collapse of Communism -- that, and of course, the utter failure of central planning in the face of market innovation, and the extraordinary bravery of ordinary Eastern Europeans and Russians who finally faced down the freedom-destroying mega-state!

It is worthy of note that about a half decade before the Fall of the Berlin Wall, Red Army doctrine had loudly proclaimed that the "correlation of forces" had decidedly turned in the favor of the USSR.[3] No matter how powerful the State, the hubris of power always leads to its downfall.

The liberty movement includes many organizations and advocates. NGOs such as the Mises Institute [ www.mises.org ] make the literature and commentary of liberty widely available. Others advocate for specific reforms to enhance liberty. They are an enduring source of deserved annoyance to the trollish army nipping at our heels.

So, here was my response to the trollish claim that the LP has accomplished "nothing" --


The LP is just one of the more recent manifestations of a Liberty Movement that reaches back into American history, to before the Federal Republic. Read Murray Rothbard's 4 volume "Conceived in Liberty" [4] which covers our history to the time of the Constitution of 1787.

Lysander Spooner identified 4 great monopolies that the Liberty Movement had to abolish to give us the opportunity for developing in freedom. They were: Chattel Slavery, the "Legal infirmities of women," the King's economic monopolies and State Churches.

The Liberty Movement did quite well on those. It was up to succeeding generations to protect and extend freedom. We've done that in many ways, overthrowing all sorts of cultural limitations on personal expression.

For example, recognition since the leading case on the matter in 1914 of the importance of the universal right to Informed Consent. [5] Or, for further example, the developing law built on the First Amendment, the Most Libertarian Clause in the Constitution.

I would say that Libertarians, as inheritors of the tradition of Liggett, Warren, Thoreau [6], Spooner, Mencken, Taft, Goldwater and Ron Paul, are doing just fine as the only real opposition to the American Empire, and as the only true heirs of the Old Republic.

While the LP leadership does not always act as though it understood that the party is part of a larger Liberty Movement, it remains true that its success depends on that larger movement.

Those who fear liberty seek to attack the voluntary associations that promote the ideas of liberty. This should not surprise us. The marketplace of ideas remains a free market, where the old state and corporate monopolies over "the press" have ended and each of us can express our commitment to liberty. How could the actualization of the goal of full personal liberty not succeed in such conditions? 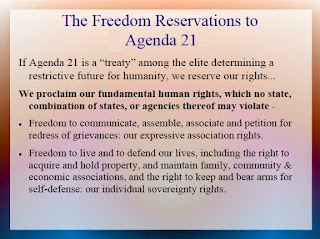 Links to Some Previous Blog Postings on Libertarian Political Philosophy

------------------
Follow-up Note [05 Feb 2018]:  Facebook controversy escalates over the claim that the LP leadership has intentionally excluded Ron Paul and Andrew Napolitano from speaking at the upcoming party convention.

What is wrong with LP excluding Ron Paul and Andrew Napolitano is that it sends the wrong signal to the growing Liberty Movement. When the (G)OP excluded Ron Paul from their convention in 2012 it signaled an exit from the Old Party that gave Obama a second term. The LP is just one expression of the Liberty Movement and while important, it is not the controlling factor. The LP needs alliances with the broader movement to continue to grow and gain more votes. The LP's purpose is electoral politics, while the Movement's purpose is expanding Liberty. Not the same. As a Movement we need "celebrities" to popularize the the cause of Liberty so what the LP is doing is a mistake. I suspect there is an irrational element in the LP that wants to "control" the more consistently radical Rothbardian FMA views represented by www.Mises.org and sees Ron Paul and Judge Nap as part of that more radical wing (although Paul is not AnCap he is a supporter of the Institute; Judge Nap is well-known at Mises University and is a consistent libertarian). I've written a bit more about the Movement here: http://tinyurl.com/OK2beLibertarian 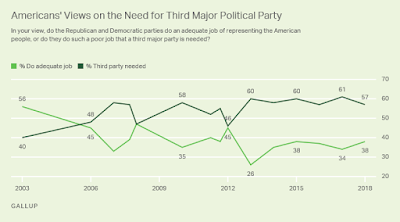 2d Follow-up Note [12 July 2019] Chris Powell posted 2 graphs on Facebook which up-date some of the themes in this blog posting, so here they are: 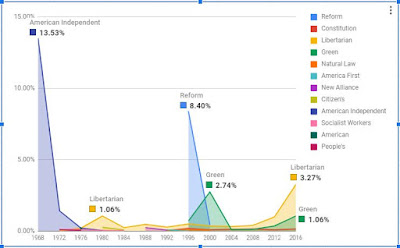 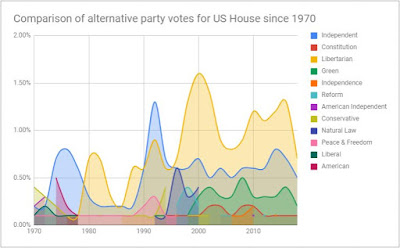 [1]  http://lpedia.org/Libertarian_Party_US_Presidential_Election_Results#2008_Presidential_Election
[2]  http://abcnews.go.com/Politics/hillary-clinton-officially-wins-popular-vote-29-million/story?id=44354341
[3]  http://www.alternatewars.com/WW3/the_war_that_never_was.htm
[4]  https://mises.org/library/conceived-liberty-2
[5]  My Brief on Informed Consent here: http://drrimatruthreports.com/a-brief-for-informed-consent/
[6] See the Essay on Civil Disobedience where Thoreau references "my friends the no government men..."

* Also known as the "October Revolution" due to a change in calendars.