Identity Politics: The Superstition that Divides 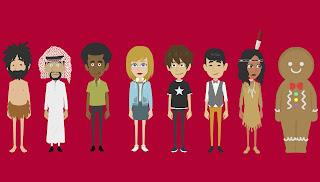 Wikipedia tells us “The term identity politics has been used in political discourse since at least the 1970s.” and “Identity politics refers to political positions based on the interests (sic) and perspectives of social groups with which people identify.” [1]

An example of identity politics is the policy of “affirmative action” (including racial preferences) as practiced by American educational institutions.

“Affirmative action in the United States is a set of laws, policies, guidelines, and administrative practices "intended to end and correct the effects of a specific form of discrimination." These include government-mandated, government-sanctioned, and voluntary private programs that tend to focus on access to education and employment, specifically granting special consideration to historically excluded groups such as racial minorities or women...”[2]

The legal history of “Affirmative Action” is replete with complaints that preferences for certain identity groups must result in discrimination against other identity groups.

Asian-Americans are, for example, victims of institutional efforts to redress perceived previous discrimination against others.[3]

Why, with the good intention of righting earlier wrongs, has identity politics lead to new forms of discrimination? Perhaps the cause is hidden in plain sight.

When the subjects of identity politics are categorized by listing certain “accidents” of the human condition, such as race or gender[4], and then these categories (“social groups”) are said to have “interests and perspectives...” you know you are getting far away from the actual conditions of human action and into a land of superstitious beliefs where collective nouns can engage in action and have property interests, just as if they were individual persons.

But that is just the beginning of ascribing to collective nouns the attributes of personhood.  The discrimination and unfair treatment that such a political stand requires must further divide the population into competing combinations, seeking to damage their perceived opponents in order to benefit themselves.  Such a politics must descend to the vicious infighting so often seen in tyrannical societies.

Consider for example how politics was played in Nazi Germany or Stalin’s Soviet Union. Stalin was the great master in the practice of identity politics, finely parsing this group and that ethnicity, assigning some to Socialist Heaven, such as it was, and some to ... the Gulag. The “Night of the Long Knives”[5] and, of course, the Holocaust, are the norm for such systems of governance and are examples of identity politics at its worst.

Whole civilizations have been built on identity politics. Consider, for example, the Caste System of India, where every ethnicity and every occupation was locked in place with family ties.

So “identity politics” – the politics of what the Founders called “faction” are among the most violent of politics, and for good reason.  The other faction is seen as the enemy – if it is favored by the state, then the group with which one identifies will be disfavored by the state. And, in such societies, all "favors" flow from the state!

Every political issue becomes a matter of life or death.  The other faction must be demonized, dehumanized and ...ultimately liquidated. “Pick the target, freeze it, personalize it, and polarize it.”[6]

Rather, the approach of the Founders, even with all the “baggage” they brought, such as the “Four Great Monopolies” decried by Lysandor Spooner[7], remains the only approach that allows for peaceful human development.

A limited, constitutional republic that respects individual rights and recognizes the primacy of such rights over the limited powers granted the government is perhaps the one last hope for those who still believe in the efficacy of public authority.

All the forms of statist politics, including “Identity Politics” as practiced in the old Soviet Union or in the new American Empire lead to dire results and further prove the necessity of overthrowing the coercive state as a superseded social structure that has long outlived its supposed benefits.

As one commentator put it: “Should one expect an answer about identity to be anything other than a exploratory one, then one is seeking power, and is propounding and prescribing definitions that are self-serving.” [8]

Only individual humans feel, think, plan and act. The rest is superstition.