New York Lawyers Need a Lesson in the Law

NEW YORK LAWYERS
NEED A LESSON IN THE LAW
New York’s Bar Association wants to force people to be vaccinated “against” COVID-19. [1]
Those New York lawyers need a lesson in law. Forced vaccination is a crime against humanity. The universal right of Informed Consent has been the law for well over a century, starting with a famous New York case in 1914 (decided by Judge, later Justice Cardoza) holding that it is an assault and battery to engage in a medical intervention without Informed Consent, even if the intervention was intended to benefit the recipient. Schloendorff v. Society of New York Hosp.,105 N.E. 92, 93 (N.Y. 1914)
I delivered a paper at the Libertarian Scholars’ Conference, Kings College, Manhattan, last October which reviews the law of Informed Consent. That paper can be read here:  http://www.inhere.org/wp-content/uploads/2020/01/Informed-Consent.paper_.1a.pdf
Those who misunderstand the law, such as the NY Bar Association, mis-cite Jacobson v Massachusetts as justification for forced vaccination.
When actually read that case is “old law” decided before there was a well-developed law of Informed Consent, and, can be read as authority for courts to protect people from forced vaccination. In that case the Supreme Court indicated it was not considering safety or lack thereof of vaccines, but only a narrow police power issue, and went on to note that the courts “are not without power” to intervene if a vaccine may harm a particular person. Jacobson v. Commonwealth of Massachusetts, 197 U.S. 11 (1905)
There is, though, one important point that must be stressed:  your right to Informed Consent will be “deemed waived” (to use the legalese, in plain English, “ignored”) unless you assert it.  Learn more about asserting your right here:  https://tinyurl.com/AVDcard
Assert your right or it will be ignored. 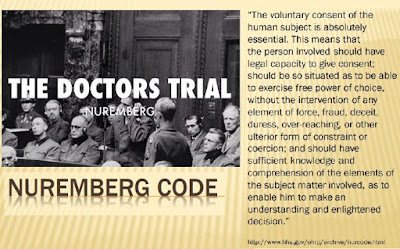 —————–
[1] https://www.lifesitenews.com/news/new-york-state-bar-association-mandatory-vaccinations-for-covid-19-should-be-required
Posted by Vitamin Consultancy Health Freedom Blog at 10:40 AM No comments: