Can the USA Survive the COVID Pandemic?

Can the Constitution and the
United States of America Survive the Pandemic? 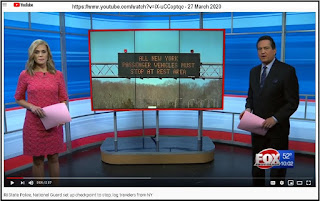 
At the beginning of 2020 that question would have been just plain crazy.  Even those who learned of the December 30, 2019 announcement from China of a "novel" coronavirus popping up in the City of Wuhan would have agreed.

After all, wasn't the USA in the middle of the biggest boom in its history, with the stock market reaching unheard of heights, record employment, and record (low) unemployment, even among vulnerable groups?  Wasn't America ‘Great Again’?

Remember, back in 1991, just months before the collapse of the Soviet Union it was also considered crazy to believe that the largest empire in human history was about to vaporize.  Hadn't the head of the Red Army recently declared that the "correlation of forces" had decidedly moved in favor of the USSR, making it great again?

No doubt there were Communist Party apparatchiks who went home from their big Moscow offices, cooked chicken from the Kremlin commissary in hand, without a clue what was about to happen, the day before the Red Flag was hauled down.  The Evil Empire fell because it could not sustain the structure of a modern society.  It fell because younger and younger Russian males were dying off. It fell because the individual States which constituted the Union saw an opportunity to finally break free.

And here it is, a bit over a quarter century later:  it appears that the extraordinary capitalist engine of the US economy is being plunged into the same kind of collapse by its governments.

We learned from Natural Solutions Foundation Founding President, Maj. Gen. Bert Stubblebine's final warnings to America three years ago that American males are dying off younger and younger.[1]  Now we living (and dying) through a brutal ‘plannedemic’ (a planned pandemic) aimed at killing off the most useless of the “useless eaters.”– the elderly and the sick. [2]

At the same time, individual States in our Union are asserting independence in ways not seen since the Civil War, over a hundred and fifty years ago.  Today Rhode Island is registering any automobiles coming into the State from pandemic stricken New York, requiring anyone coming from New York to undergo 14 days self-quarantine.[3]

The Governor of Texas, harking back to its history as an independent Republic, reasserted de facto independence from the United States, by ordering anyone entering Texas from the pandemic areas of the Northeast and from Louisiana to undergo 14 days quarantine.[4]

The Governor of Pennsylvania threatened to shut down gun shops and at the same time the leaders of the House of Representatives have once again proposed to gut the 2nd Amendment: "The destruction of the second amendment will be complete if this monstrosity of a bill is ever passed!" - HR 5717 (Federal fire arms licensing in violation of the 2nd Amendment prohibition on infringing the individual right to keep and bear arms.) [5]

The Interstate Commerce Clause of the Constitution assures a free and open marketplace among the States. However, the largest “Blue” States, New York and California, have turned their backs from that part of the Constitution by shuttering their economic activities by executive fiat.

Other States, with perhaps better weather, or at least a more disbursed population with better immune systems, the "Red State" belt, in the middle of the country, have been much less hammered by the declared pandemic and they choose to keep their economies going as best as they can.

While traditional brick-and-mortar commerce has been destroyed, internet commerce is booming. The dietary supplement and natural remedies businesses are experiencing rapid Internet expansion. Government has created an unnecessary economic crisis as part of the “plannedemic.”

Tragically all of this is avoidable.  We have simple, natural ways to confront and defeat viral threats. The strong science is being intentionally ignored. Information about natural approaches to immune system support, like Nano Silver 10 PPM, Vitamins D3, C and immune support minerals like Zinc have been sidelined and suppressed -- while the vaccine hoax is hyped and our universal right of Informed Consent ignored.

We are, as the old Chinese curse puts it, "living in interesting times..."